The “Eukraine Now” appeal advocates an urgent popular and institutional action for Ukraine’s admission as a member of the European Union.

Urgent measures can only take place through the prescribed legislative procedures and by activating the competent institutions.

The conflict in Ukrainian, as with any war or emergency, deserves the highest level of information and transparency and citizens must be involved in an open and informed debate on its developments and related issues.

As the Ventotene Manifesto stated some 80 years ago, never again children should have been “taught to handle weapons and to hate what is foreign” ot that individual liberty would be reduced to “practically nought since everyone is part of the military establishment and constantly subject to recall in the armed forces”.

Wars continue to force “men to abandon families, jobs, property, often demanding the ultimate sacrifice for reasons of which no one really understands the value”. Our Europe was created to end all this.

In these dire times reactions to the war should be exceptional, urgent as well as forward looking. Ukranians deserve it, all the people at risk of the expansion of the current conflict deserve it. 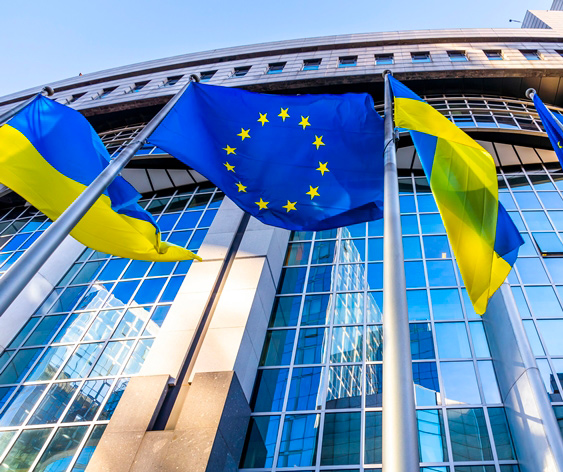 Action Day on the 28th of May

On the 28th of May at 2.30 PM (your local time) be part of EUkraine Now! Citizens across Europe joint call for immediate accession of Ukraine to the European Union.
The signatures collected will be delivered to the European Council ahead of the meeting of the 23rd of June in Brussels. Join an existing action or organize an action in your city. In the next few days, we will publish the list where citizens like you are launching a demonstration or a collection point!
How to organize your action point

Before the 28th of May

We use cookies on our website to give you the most relevant experience by remembering your preferences and repeat visits. By clicking “Accept All”, you consent to the use of ALL the cookies. However, you may visit "Cookie Settings" to provide a controlled consent.
Cookie SettingsAccept All
Manage consent